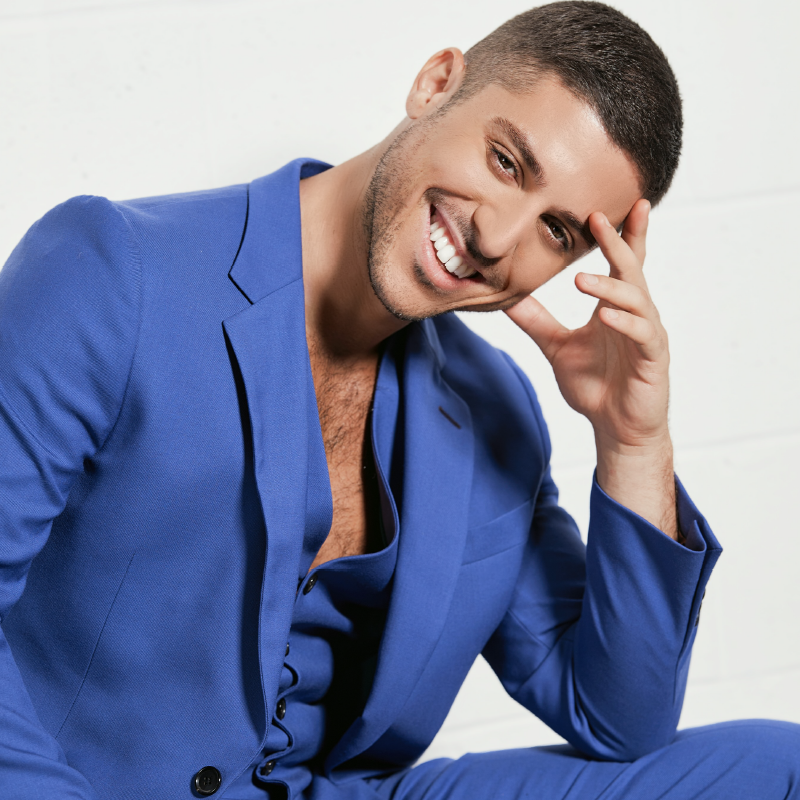 Stefano May is a singer, songwriter and piano virtuoso who fuses soul, pop and classical for an enthralling musical journey. The talented songwriter’s music is marked by hope, love and connection in the aim to heal.

Born in Italy, Stefano took to music at an early age and began classical piano training at age seven. He quickly gained notoriety by performing on popular Italian TV shows, and since then has collaborated with famed songwriters, as well as the famed director Franco Zeffirelli. Honing his craft further, the musician and singer has ultimately composed and scored motion picture soundtracks under the guidance of award-winning filmmaker Jamal Joseph.

2019 marked the beginning of his solo project, when Stefano began collaborating with famed producer Chico Bennett (Madonna, Lady Gaga, The Killers, Prince). His debut single “Prayer” highlights the songwriter’s warm and confessional vocals brimming with such passion, and yet such delicate vibrato tones. Stefano’s otherworldly vocal delivery glides with memorable melodies over intimate piano. The moving lyrics detail the act of loving again after hardship and disconnection. With comparisons to Sam Smith, Andrea Bocelli, and Michael Bublé, “Prayer” marked a graceful and exciting debut for this generational artist on the rise.

In Stefano’s single “We Are The Power,” the songwriter invites us all to take part in healing the world together. The glorious composition features soulful vocals, a soaring melody, and a vivacious chorus complete with a gospel choir for a most heartfelt demonstration of love, optimism, and vitality. “Find My Way” was born as a musical tribute to the Motown world that has been highly influential to Stefano’s musical taste and sound since he was a young child. Thematically, the song was inspired by his mother, who raised Stefano to pursue big dreams and share his gifts with strength, patience, and heartfelt dedication. The summer-drenched song “False Horizon” features stylistic tangents of iconic California vintage highlighted with elements of nostalgic country flair for an infectious pop-driven song about finding your inner peace, no matter the pace of your soul.

His latest release, “Don’t Say Goodbye”, is a light, fresh, Motown reminiscent song that puts a spotlight on second chances in life and relationships. “I witnessed the new beginning of the second chance between this couple. Through their actions, smiles, and affection for each other while being in sync with the nature around them, I was able to see myself as the person I was at a unique time in my life,” confides Stefano.

Working alongside producer Chico Bennett, his upcoming single and a hauntingly beautiful ballad called “Crazy” was born – a deeply reflective, desolate take on the dark corners of enduring devotion. Stefano’s achingly raw demonstration of stirring vulnerability reaches deep into our psyche for a lingering expression of cathartic lament.

Stefano aims to bring people together through the power of music. By sharing his gifts, he empowers others to do the same. “Music is made to heal your soul. People find commonality in the music they listen to and every song has the right time and place for each of its listeners.”