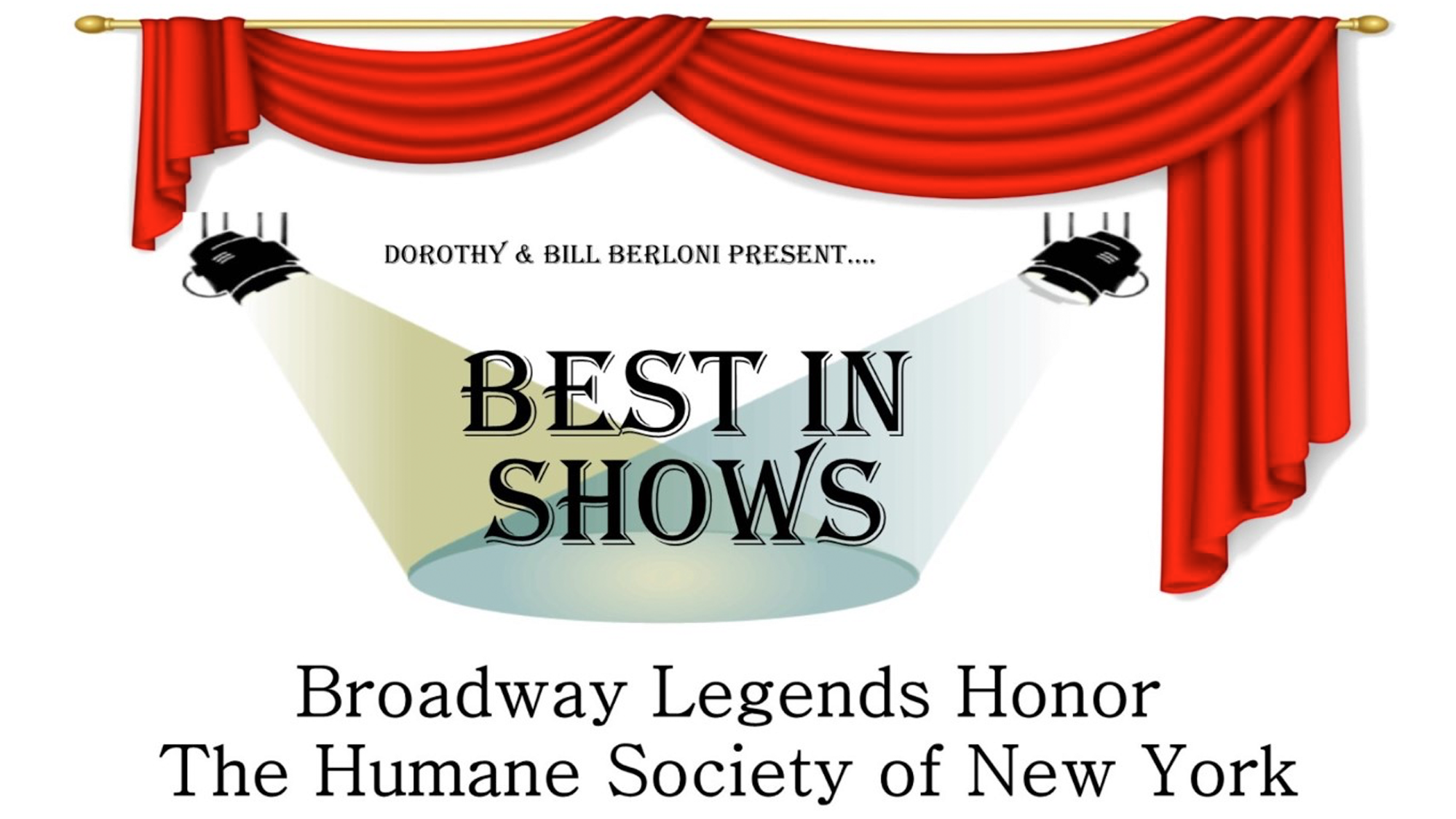 Best in Shows: A Benefit for the Humane Society of New York

The third annual Best in Shows – Broadway Legends Honor the Humane Society of New York, will be presented by Dorothy and Bill Berloni and will have music direction by Seth Rudetsky, who will also host the star-studded show featuring Broadway’s brightest performers, joined by surprise two and four legged guests.  (To be announced).

Doors open at 6pm and the cabaret show will begin at 7:00 pm.  There will be a post-performance reception with cast members for premium ticket buyers.

The Sandy Fund of the Humane Society of New York was established to honor the memory of the rescue dog who originated the role of Sandy in the Broadway production of Annie, which opened on Broadway in 1977. The Fund provides for the needs of homeless dogs, cats and other animals. The Humane Society of New York’s Sandy Fund Award honors those individuals whom the Society recognizes for their deep concern and support of the needs of rescued animals.

This year’s Best in Shows will feature performances by Farah Alvin (It Shoulda Been You), Roger Bart (Disaster!, The Producers), Eden Espinosa (Wicked), Capathia Jenkins (Caroline, or Change), Andy Karl (Rocky), Rob McClure (Chaplin), Orfeh (Legally Blonde), Gabriella Pizzolo (Fun Home), Zak Resnick (Disaster!, Mamma Mia), Keala Settle (Waitress), Margo Seibert (Rocky, In Transit), Shanice Williams (The Wiz Live!) and composer Charles Strouse. Musical Director and host of the evening is Seth Rudetsky. The Broadway performers will be joined by surprise two and four-legged guests. There will also be a very special Live Auction! The winner of the Live Auction will win an original work of art, with their pet as the subject, by Sutton Foster. Program and performers subject to change.