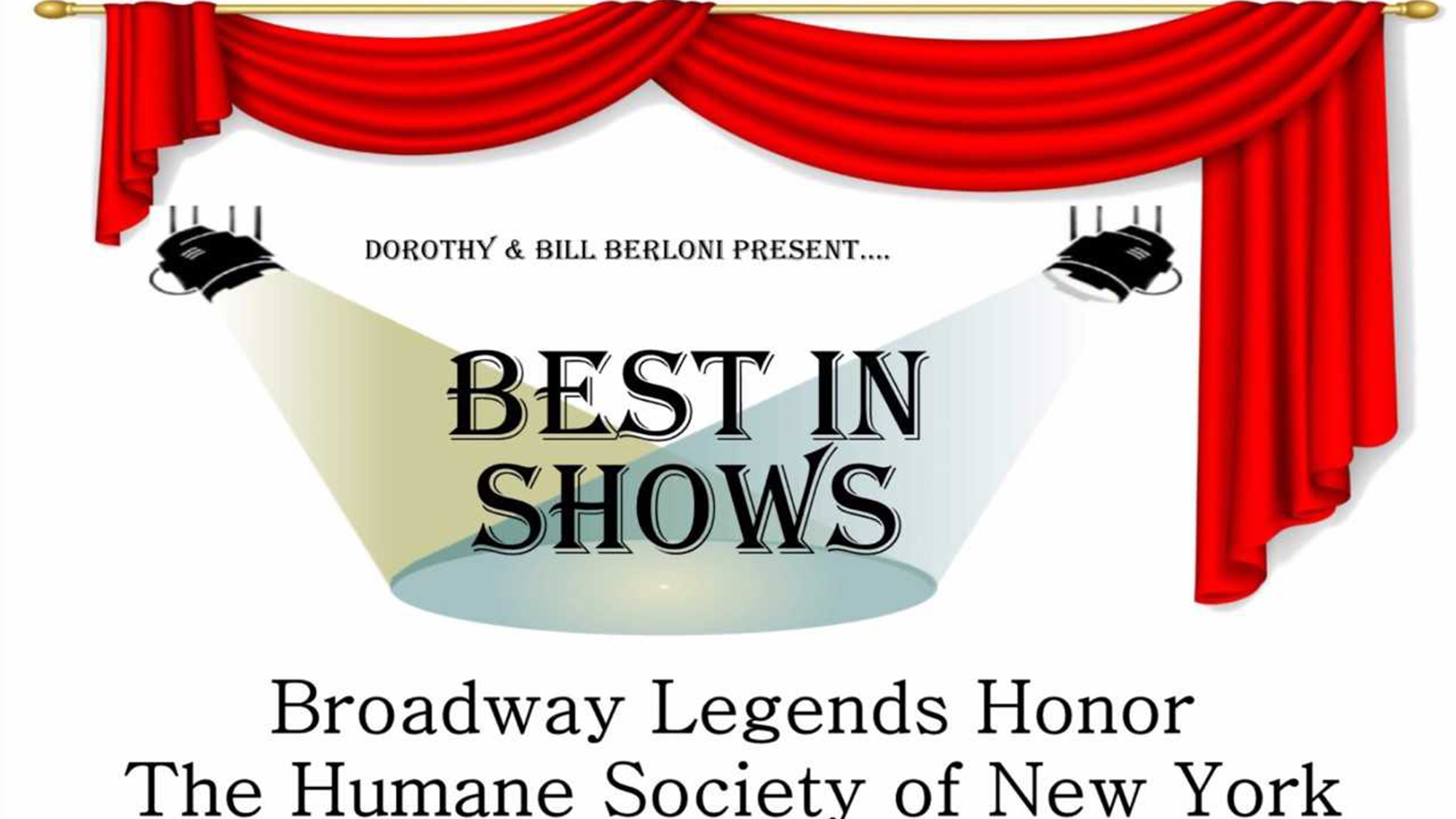 Best In Shows: A Benefit for the Humane Society of New York

Best in Shows, a star-studded cabaret evening benefitting the Humane Society of New York, will honor James L. Nederlander, (Jimmy) the President of The Nederlander Organization. Mr. Nederlander will be awarded the third annual Humane Society of New York’s Sandy Fund Award in recognition of his deep concern and support of the needs of rescued animals. Mr. Nederlander has a special connection to The Sandy Fund, which is named in honor of the original canine star of Broadway’s Annie.  It was his father, James M. Nederlander, who produced the legendary musical, and so gave Sandy his very first acting job. Sandy quickly became a Broadway star, playing 2,363 performances of Annie on Broadway, and performed for two American Presidents at the White House.

The fourth annual Best in Shows – Broadway Legends Honor the Humane Society of New York, will be presented by Dorothy and Bill Berloni and will have music direction by Seth Rudetsky, who will also host the star-studded show featuring Broadway’s brightest performers, joined by surprise two and four legged guests.

The Sandy Fund of the Humane Society of New York was established to honor the memory of the rescue dog who originated the role of Sandy in the Broadway production of Annie, which opened on Broadway in 1977. The Fund provides for the needs of homeless dogs and cats.

Since 1904 the Humane Society of New York has been a presence in New York City, reaching out to animals in need when illness, injury or homelessness strikes. Open seven days a week, today its hospital and The Vladimir Horowitz and Wanda Toscanini Horowitz Adoption Center help more than 38,000 animals annually. HSNY’s Adoption Center provides a safe haven– with no time limit – for rescued animals of all ages until permanent adoptive, loving homes are found. The clinic provides low-cost and free veterinary services ranging from wellness treatments to critical care for animals who would otherwise have nowhere to turn for life-saving help. www.HumaneSocietyNY.org

Program and performers subject to change.