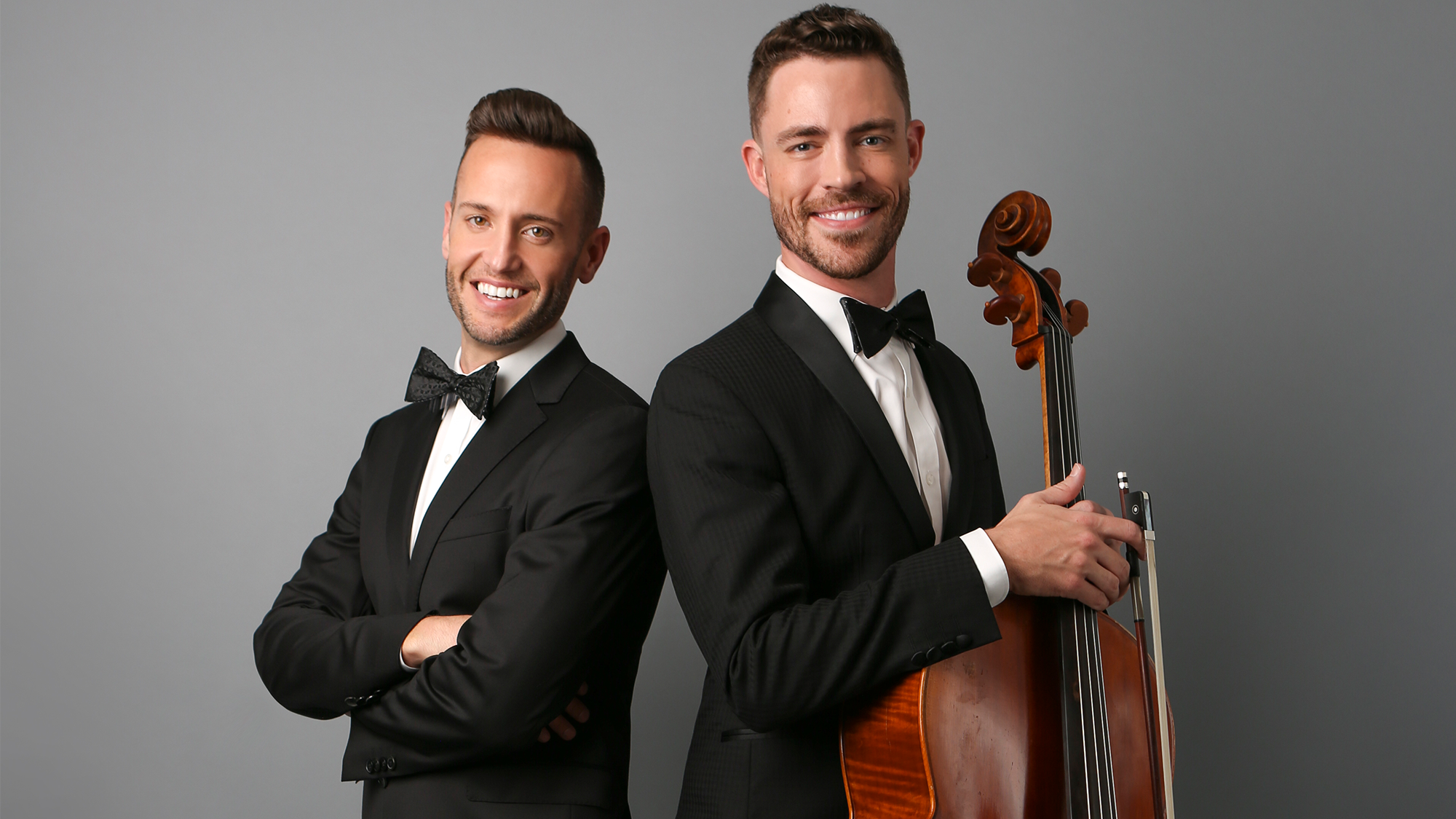 BRANDEN & JAMES team up for their Feinstein’s/54 Below debut in The Broadway Covers Project.

Branden James, known as a Season 8 finalist from “America’s Got Talent” and James Clark, featured cellist for Idina Menzel, Olivia Newton John, Shoshana Bean, and Scott Evan Davis have been crisscrossing the globe as a duo performing their popular, homegrown productions of At The Corner of Symphony and Soul, From Bach to Bieber, and The Broadway Covers Project.

Now join them at Feinstein’s/54 Below as Broadway gets reinvented in classical music form complete with operatic tenor vocals and cello in this thrilling performance featuring music from Sweeney Todd, Spring Awakening, Dear Evan Hansen, The Greatest Showman, and West Side Story.

In addition to his tenure at The Met, Branden has appeared in concert at Carnegie Hall, Radio City Music Hall, and Avery Fisher Hall in New York City. He has sung with Los Angeles Opera, Lyric Opera of Chicago (Oklahoma and Show Boat), toured with The Twelve Tenors, co-hosted for Afterbuzz TV and has recorded three albums to date. Together they’ve performed alongside Rita Moreno, Loretta Divine, Sally Struthers, and Pia Toscano.