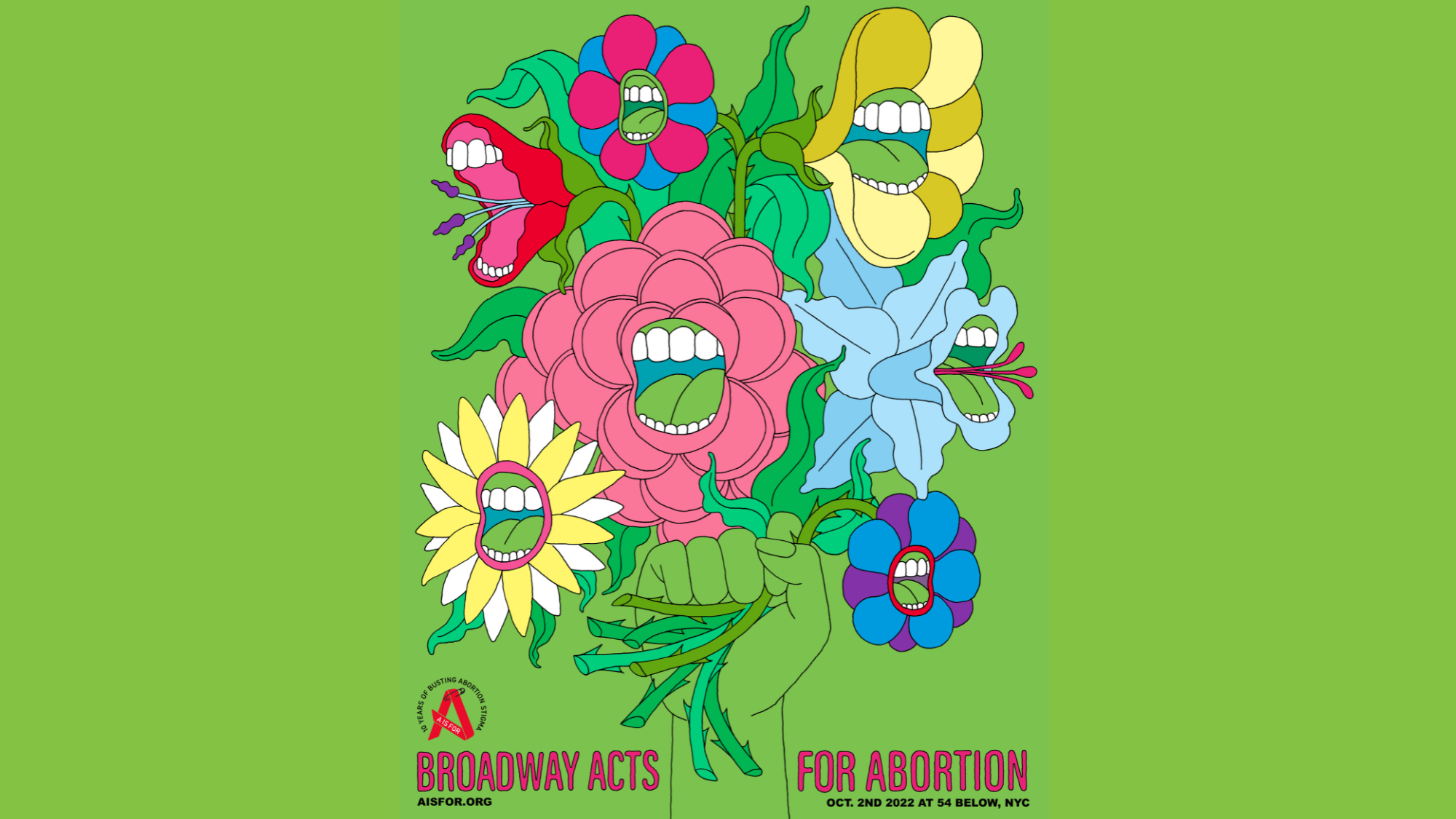 It’s our 10th Anniversary, and A is For is going ALL out!

We are so excited to bring back a live audience to 54 Below, for the mayhem, the chaos, and the amazing night that is Broadway Acts for Abortion (BAfA).

BAfA brings together the best of Broadway, karaoke, live auctions, surprise guests, while raising critical funds and awareness about reproductive justice. BAfA is the only Broadway community fundraiser dedicated to abortion rights.

Hosted by Martha Plimpton and Jenn Lyon, this is going to be an unforgettable, star-studded event as we come together in solidarity and defiance, in support of abortion access. Directed by Greg Santos, with Music Direction by Dan Lipton.