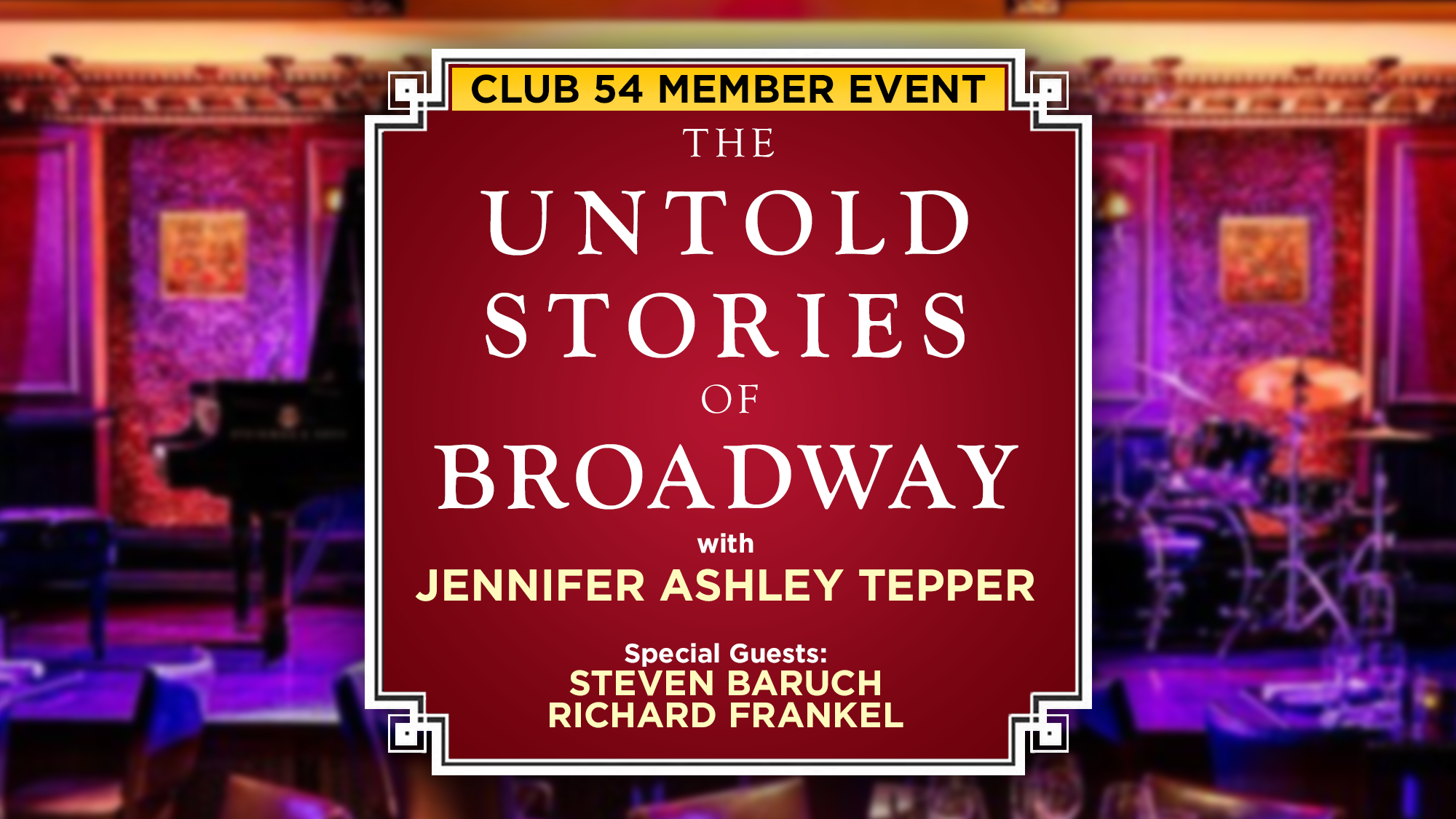 The Untold Stories of Broadway with Jennifer Ashley Tepper

Feinstein’s/54 Below Creative and Programming Director Jennifer Ashley Tepper will reveal backstage tales and share stories from her recently published third book, The Untold Stories of Broadway, Volume 3. For the book series, published by Dress Circle, Ms. Tepper has interviewed over 250 theatre professionals – including the Feinstein’s/54 Below proprietors!- about the Broadway theaters themselves and their stories of working in each house. NBC New York has called the books an ‘inspiring Must-Read’. Tepper was recently named one of the 10 professionals on Backstage Magazine‘s “1st Annual Broadway Future Power List.” According to the article: “Proving herself both a zeitgeist predictor and theatrical historian with her eclectic programming, Tepper is leading the conversation on contemporary musical theatre.”

Ms. Tepper will interview Feinstein’s/54 Below owners Steven Baruch and Richard Frankel, who will reminisce about their own Broadway stories found in her book. Along with partner Tom Viertel, they have produced and managed a wide range of productions, including The Encounter, The Producers, Hairspray, Gypsy, Young Frankenstein, Sweeney Todd, A Little Night Music, Penn & Teller, Driving Miss Daisy, Angels in America, Frankie & Johnny in the Clair de Lune, The Cocktail Hour, Love Letters, A Funny Thing Happened on the Way to the Forum, The Sound of Music, and Little Shop of Horrors, among many others. Their productions have been awarded 36 Tony Awards, 47 Drama Desk Awards, 38 Outer Critics Awards, four Grammys, eight Olivier Awards and two Pulitzer Prizes.

The evening will begin with a cocktail hour featuring food by Executive Chef Lynn Bound and the star of our new Spring cocktail menu, “The Brooklyn Bees Knees,” featuring Brooklyn Gin. The live interview will be followed by a brief Q&A session and a book signing by Ms. Tepper.

All Gold Members will receive a complimentary copy of The Untold Stories of Broadway, Volume 3.

Please RSVP to rsvp@54below.com with your name and the names of your guests by Thursday, April 27th.

THIS IS AN EXCLUSIVE EVENT FOR FEINSTEIN’S/54 BELOW MEMBERS. To join Club 54, click here.