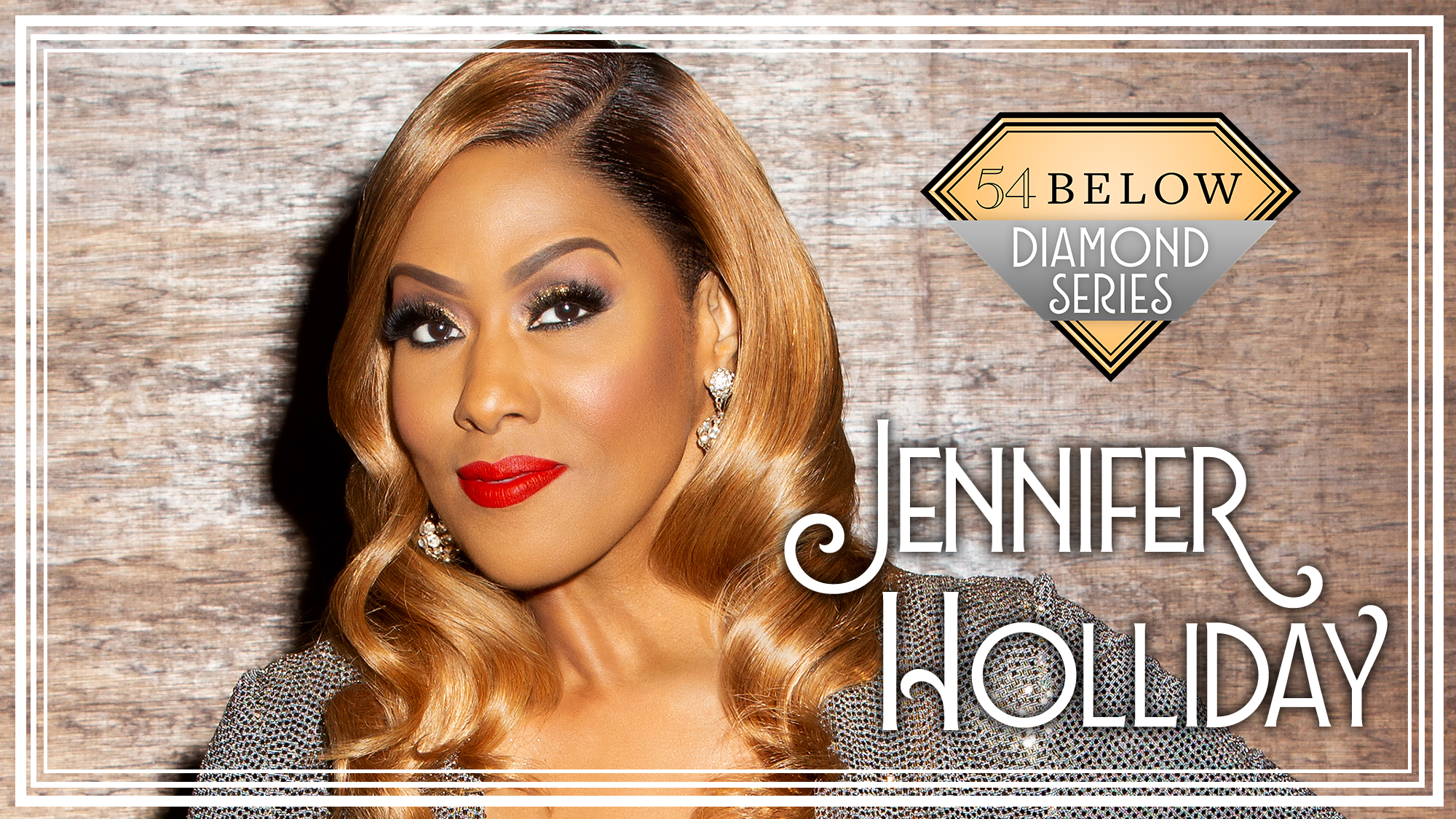 Tony® and Grammy Award winner Jennifer Holliday makes her highly anticipated return to 54 Below with a dazzling show featuring Broadway love songs to celebrate Valentine’s Day week. Jennifer will be singing her own thrilling renditions of popular tunes and jazz standards from Broadway musicals along with her signature torch song of unrequited love from Dreamgirls. She’ll also pay tribute to some of her favorite composers including George Gershwin, Harold Arlen, Rodgers and Hart, Cole Porter, and Duke Ellington accompanied by a sextet of New York’s most accomplished musicians.

Jennifer Holliday catapulted to Broadway fame with the lead role as the iconic Effie “Melody” White in the 1981 smash hit Dreamgirls. Ms. Holliday immortalized Effie, forever creating a template for delivering gut-wrenching, timeless performances, as evidenced by the Grammy Award® she won for the performance of the show-stopping ballad “And I Am Telling You, I’m Not Going” and her Tony Award® for Best Actress in a Musical for the role. Her second album, Say You Love Me, won her a second Grammy for her rendition of Duke Ellington’s classic, “Come Sunday.” From 1985 to 1992, she had five Top 10 singles on the R&B and Dance Charts and her star continued to shine brightly with collaborations and appearances with other megastars: Barbra Streisand, Luther Vandross, David Foster, Paul Simon, Michael Jackson, Maurice White and Foreigner, with whom she performed on a special version of “I Want To Know What Love Is.” Moviegoers and music lovers can also hear Ms. Holliday’s voice on compilation albums for films such as In The Mood: The Sonny Wisecarver Story (1987), I’m Gonna Get You Sucka (1988), The Five Heartbeats (1991), Amazing Grace (2006) and Why Did I Get Married (2007). She also composed and sang the original songs for the soundtrack to The Rising Place (2001). In 2014, Ms. Holliday released her first album in two decades. This Song Is You stirred long-time fans and garnered a new generation of enthusiastic listeners landing Ms. Holliday back in the Top 20 R&B charts with rave reviews. Standout television appearances include David E. Kelley’s “Ally McBeal,” “American Idol,” and “So You Think You Can Dance.” In 2016, Ms. Holliday returned to the stage starring alongside Cynthia Erivo in the Broadway revival of The Color Purple as sultry singer Shug Avery. Her other recent theater credits include Sing Mahalia Sing: The Mahalia Jackson Story, Downhearted Blues: The Bessie Smith Story, Harlem Suite (as “Aretha Franklin”), Chicago (as “Mama Morton”), Grease (as “Teen Angel”) and Black Nativity (as the “Angel of God”). She is a long-standing, dedicated supporter of the LGBTQ+ community and an advocate for mental health and suicide prevention.

For this rare 54 Below Diamond Series, all guests will enjoy a specially designed four-course dinner and a complimentary welcome drink. The cost of the meal, excluding additional alcoholic drinks, is included in the ticket price, as is tax and gratuity. To create an intimate and premium experience, the capacity of the room will be limited and all guests will be able to select a reservation time. Following the performance, guests are invited to linger and continue their evening in the club.