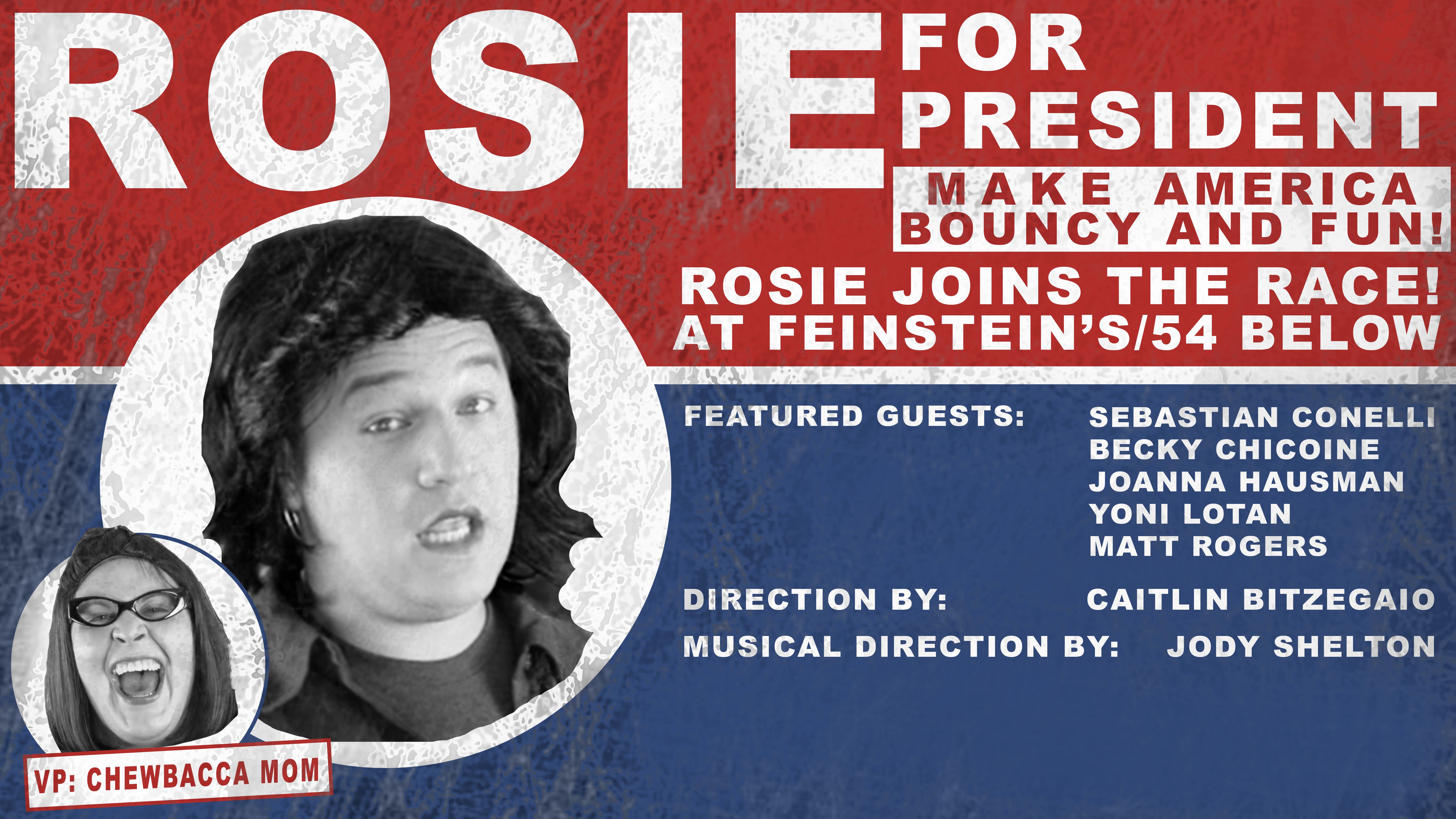 Douglas Widick is Rosie O’Donnell in “Rosie Joins The Race!”

It’s official! Rosie O’Donnell is running as a third party candidate on The Broadway Party! Watch as Ro and her VP Running Mate, Candace Payne the chewbacca mom, give rousing political speeches, and are endorsed by their showbiz friends. Revel in Rosie’s campaign Slogan “Hakuna Matata,” which she will use to make America Bouncy and fun again!

Douglas Widick is a founding member of Hip-Hop Improv group, North Coast, which was named one of Timeout NY’s Top 10 Comedy Shows of 2014. Additionally, his Musical Sketch comedy group, Pop Roulette, is currently running their latest show, Amazing Earth, at the UCB Theatre. They were also named one of Comedy Central’s ‘2015 Comics to Watch’ landing them a video deal.

He recently concluded several runs at the UCB Theatre including The 2017 Tony Awards (UCB) and The Dead Dads Club (UCB), and performs monthly with UCB Theater NY Maude Sketch Team Hot BIrd. Doug teaches an 8-week Hip-Hop Improv class and was recently seen in the Off-Broadway musicals F#%king Up Everything and Blank! The Musical. You can catch his many comedy videos at www.Douglaswidick.com.