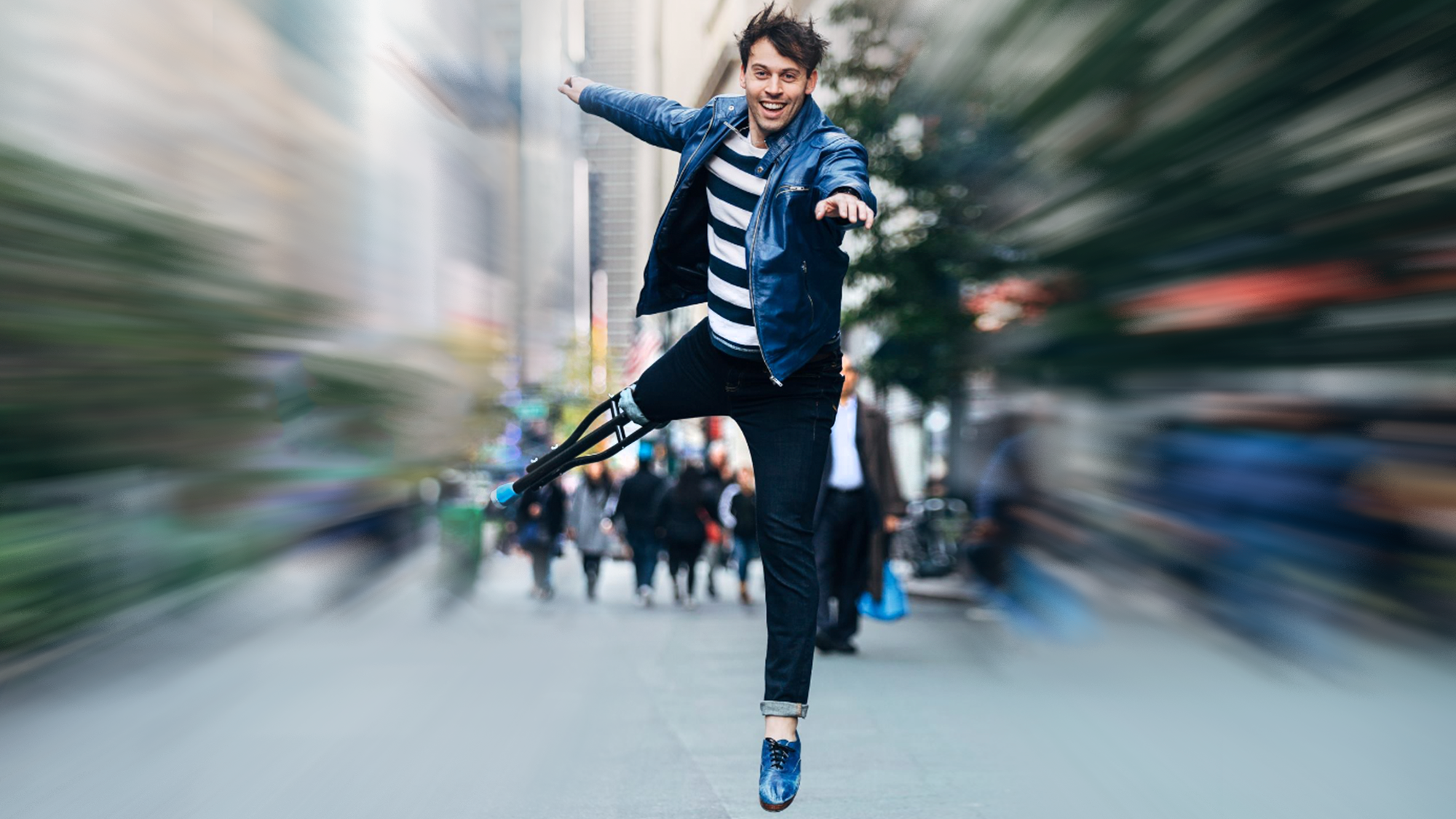 Evan Ruggiero, The One-Legged Song and Dance Man, returns to Feinstein’s/54 Below! After traveling around the world for the last two years, Evan will be returning to his favorite spot in NYC to play another night of epic music, ranging from musical theatre show tunes, Rock n’ Roll, and new original works of music. With his “All-Star Band,” he promises a night of dancing in the aisles and endless fun. Special guests to be announced! A portion of the proceeds from The One-Legged Song and Dance Man will be donated to the Sarcoma Foundation of America.

Evan Ruggiero began dancing at the age of 5 in his hometown studio and by age 10, he was accepted into the famed New Jersey Tap Ensemble, under the direction of Ms. Deborah Mitchell. He soon graced the stages of Lincoln Center, The Shomberg Museum of Harlem and The New Jersey Performing Arts Center in Newark, among others. Upon entering his sophomore year at Montclair State University while pursuing a Bachelor of Fine Arts in Musical Theatre, Evan was suddenly diagnosed with Osteosarcoma, a rare bone cancer of the right leg. Enduring nine surgeries in a six-month period in an effort to save the leg, the cancer returned more aggressively than the original diagnosis. He was faced with the ultimate decision of amputation in order to stop the cancer and save his life, as well as undergoing chemotherapy for 16 months. In spite of the physical setback, Evan held close to the dream of dancing and learned of the famed Clayton “Peg Leg” Bates, a legendary African-American entertainer who taught himself to tap dance after losing a leg in a cotton gin accident at the age of 12. Within eighteen months after the amputation, and only two days after receiving his “peg-leg”, Evan was tapping again. Credits include: St. Louis TapFestival, LA Tap Festival, Princeton Symphony Orchestra Soloist, Lincoln Center Soloist, The Ellen Show, Telemundo’s Un Nuevo Dia, NYC workshop PANIC! The Musical, Tap World (Film), Quelli Che ilCalcio in Milan, Italy (RAI), Yes I Can (Paralympic Games, London, U.K.), Paint The Universe and Best Night Ever (Transcendence Theatre Company), Man Of La Mancha,Shrek: The Musical, and Toxic Avenger (Pittsburgh CLO), The Penalty (The Public, NYC), and Cabinet of Wonders (Rochester Fringe Festival).