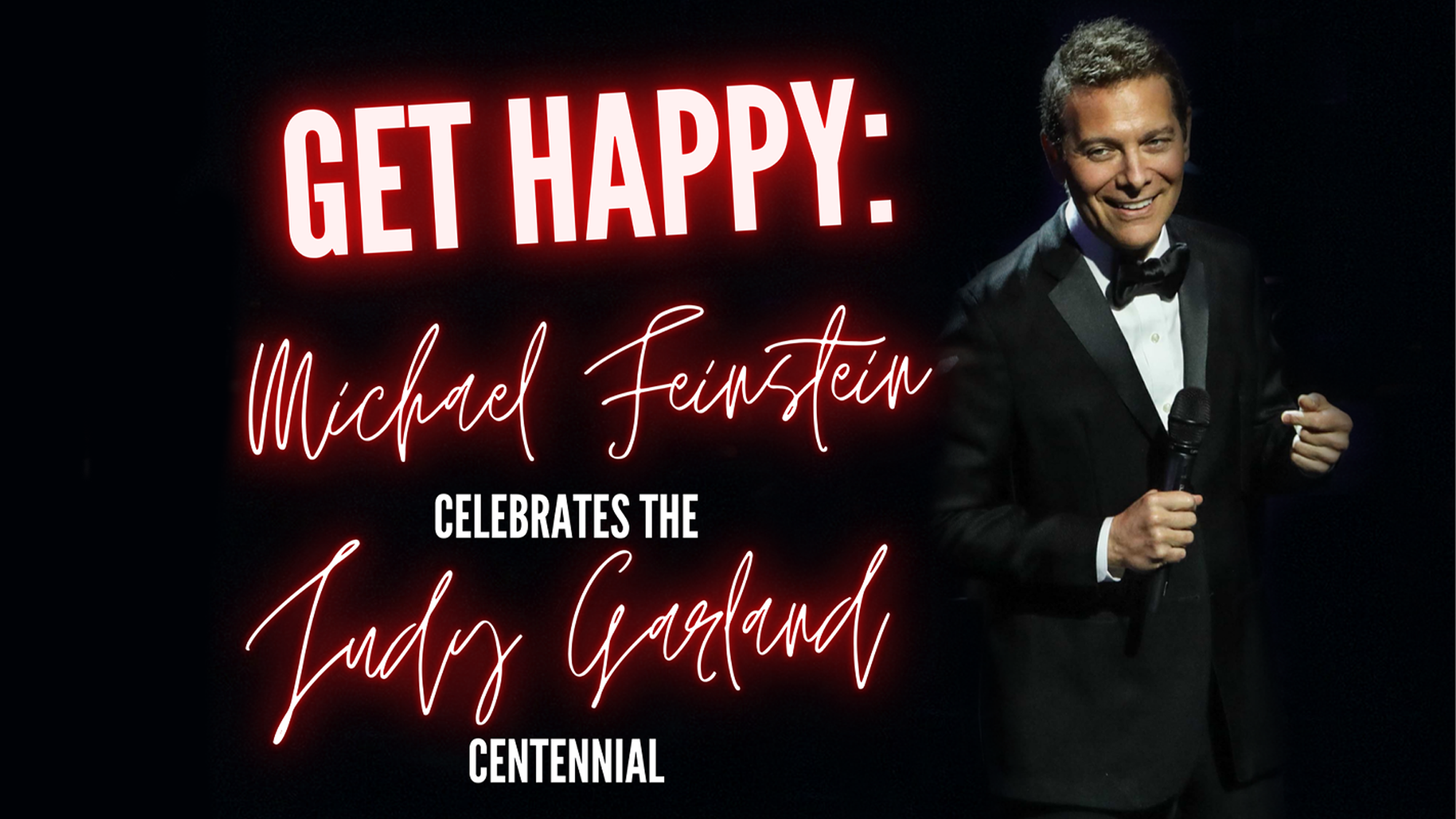 Join Michael Feinstein as he travels through the life and songs of Judy Garland to kick off her 100th birthday year.  This event will be celebrated in two parts, with two brand new multimedia live shows executive produced by Liza Minnelli, that will feature big screen film clips, never before seen photos, rare audio recordings, great music, and good humor. Each part can be enjoyed independently or together.

In this show, Michael will explore the early parts of Judy’s life and career from vaudeville through the MGM years.

In this show, Michael will explore the later parts of Judy’s life and career from her many groundbreaking concert performances, time on television, post-MGM films, and more.

Michael Feinstein, Ambassador of the Great American Songbook, has built a dazzling career over the last three decades, from recordings that have earned him five Grammy Award nominations to his Emmy nominated PBS-TV specials to his acclaimed NPR series and concerts spanning the globe. His work as an educator and archivist define Feinstein as one of the most important musical forces of our time.

For Mr. Feinstein’s Christmas performance on Saturday, December 25, our regular menu will be replaced by a Christmas prix fixe, which features classic holiday dishes and other festive seasonal favorites. All guests will be charged $85 each for their meals (this pricing does not include beverages or tax & gratuity).

Appetizers
choice of one

Entrees
choice of one

Sides
choice of one

Desserts
choice of one