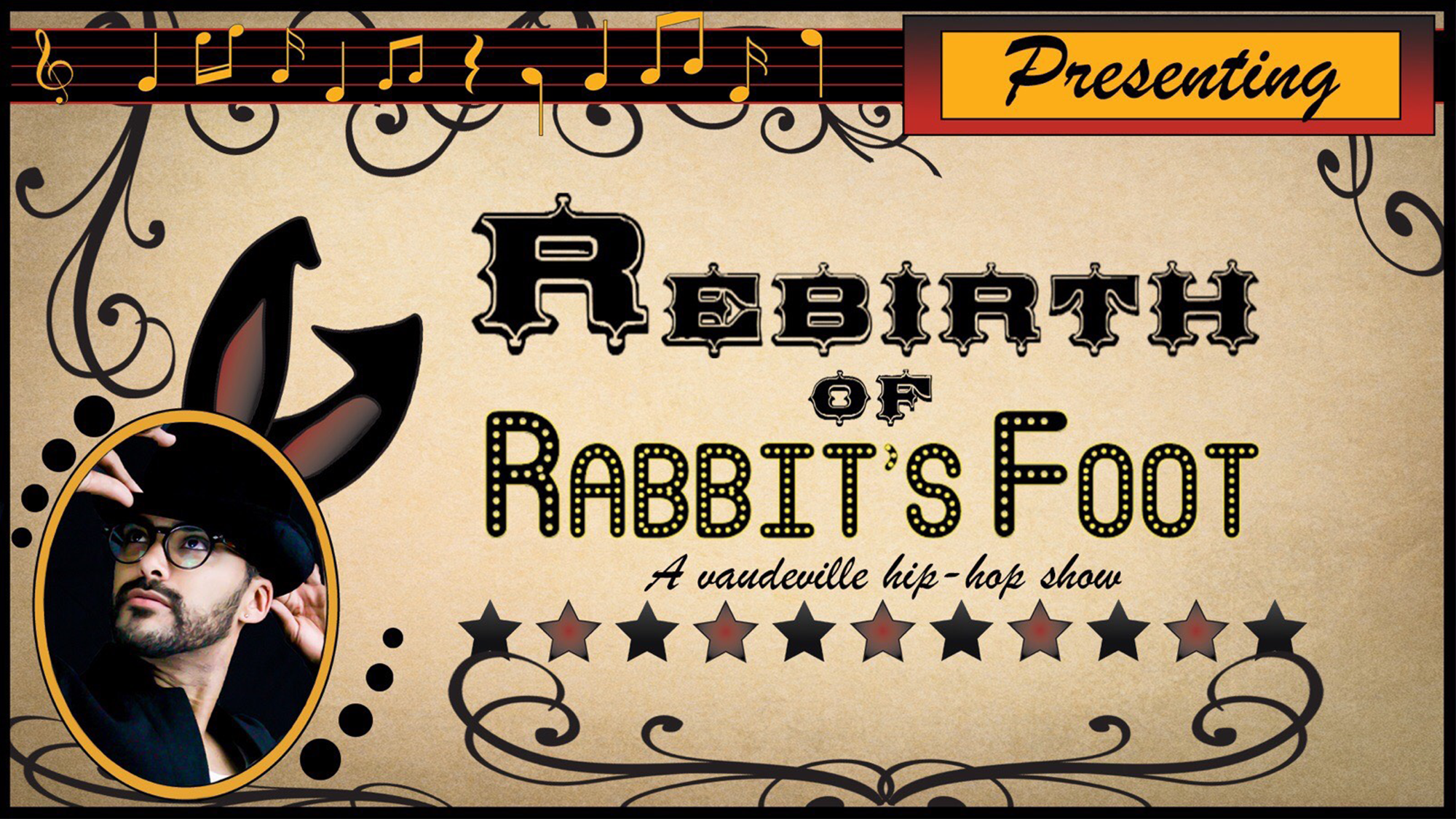 Rebirth of Rabbit’s Foot: An Evening of Hip-Hop and Vaudeville

Vaudeville/hip-hop show Rebirth of Rabbit’s Foot returns to Feinstein’s/54 Below!

Fresh from their sold-out, Off-Broadway run, this hysterical and poignant evening features original music by featured artists, hilarious stand-up by the hottest-up-and-coming comedians, and a live band. Says one audience member, “It’s a new show every time I see it.” The show has toured such in New York, Los Angeles, San Diego, and internationally at “Boom Chicago” in Amsterdam, Netherlands. They’re ready for their upcoming run at MixedBlood Theater in Minneapolis, Minnesota in December of 2019. The show is inspired by The Marx Brothers, Charlie Chaplin, Childish Gambino, and Netflix’s “Dear White People.”

(The show has been modified for Feinstein’s/54 Below)